The recent Leech Lake White Earth protest to assert “hunting and fishing rights” started out with illegal fishing, as well as use of illegal gillnets.

Were gillnets in these protests used to establish gillnetting as part of treaty-based harvest rights in upcoming negotiations or lawsuits?

Use of gillnets would fit under claimed treaty rights. Dale Green, with the Leech Lake Band’s legal department, was quoted on MN Public Radio saying the 1855 Treaty included the right to “hunt, fish and gather using modern means.” Did “modern” in 1855 include 4 by 100 foot monofilament gillnets? 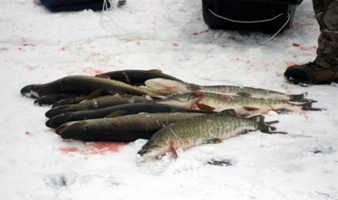 Is spearing also planned for in the exercise of claimed treaty rights? Muskie guru Pete Maina compared the violent incidents when the Ojibwe asserted their right to spear walleye in northern Wisconsin, with Green’s comments about peaceful demonstrations and negotiations.5 include 4 by 100 foot monofilament gillnets?

That was negotiated behind the scenes instead and presented to the court for approval. Ongoing tweaks were allowed, again, to be carried out almost entirely behind the scenes. On top of this, a huge, unwieldy, and expensive “co-management” bureaucracy was created.

“Modern methods” and massive co-management could be coming to vast stretches of northern Minnesota.

Still, it is well established that Minnesota citizens, and likely the majority of rank and file tribal members, have a strong sense of stewardship when it comes to Minnesota’s natural resource heritage. They are not going to buy the exploitation of hunting and fishing rights under the window dressing of claimed “treaty rights.”