On Sunday, May 20th, based on a tip from a local resident, an abandoned tribal gillnet with close to 100 dead and rotting walleyes (see photo) was removed from Mille Lacs by a Tribal/GLIFWC game warden with assistance from MN DNR Conservation Officer. The abandoned gillnet had been un-attended from at least Thursday, May 17.

The majority of the Walleyes, based on observed length, appear to be from the coveted 2013-year class and given an average weight of 2 – 3 pounds per walleye, a waste of 200-300 pounds. Updated: The field report was amended after a manual count by GLIFWC, which reported 67 walleye. 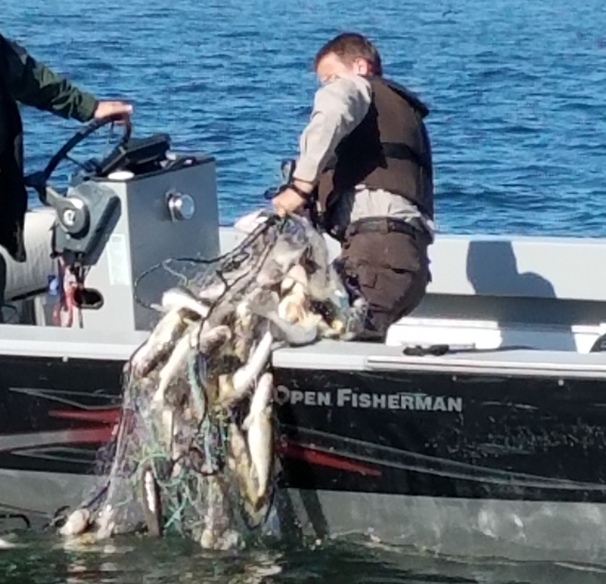 Wanton waste of natural resources is especially galling to Minnesotans, who support a conservation record that’s second to none. Why is this happening?

It’s because Mille Lacs Co-Management does not work! DNR’s co-management has a very “light touch” when it comes to tribal interests. Which opens the door to treaty harvest rights exploitation (gillnetting during the spawn, wanton waste, science made-to-order, politically-driven lop-sided allocations.)

What makes this waste especially offensive is how it highlights the failure of “co-management.” That failure is leaving non-tribal anglers, resorters and related businesses in the Mille Lacs fishery feeling as trapped as those wasted walleye.

(Remember, this is the year to ask candidates for elected office exactly what will they do to end the co-management mess at Mille Lacs.)